TBT: The Battle That Started the Revolutionary War

It was the beginning of the Revolutionary War and a major step toward American independence. 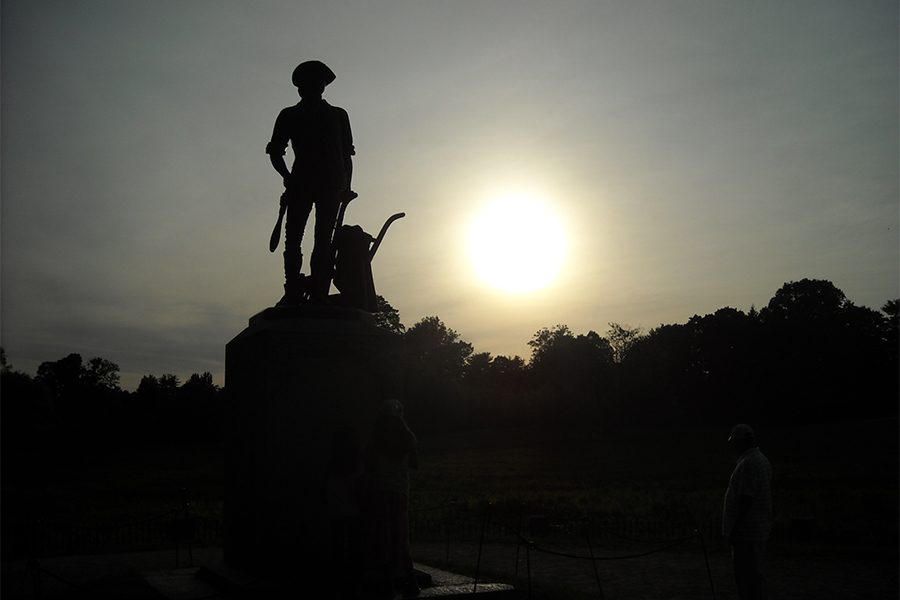 A statue called The Minute Man at the Old North Bridge, the site of the first battle of the Revolutionary War. / Photo via Wikimedia Commons

The British were coming, but unlike what Schoolhouse Rock would have you believe, Paul Revere probably didn’t scream about it from atop his horse. Alerting the townsfolk that the Revolutionary War was starting was a covert mission. After all, the colonists didn’t want to tip off the British who were camped out in various nearby areas.

As the sun rose on April 19, 1775, the British arrived in Lexington, outnumbering the Minutemen by a lofty margin of roughly 700 to 77. One of the British soldiers reportedly told everyone to put down their arms, until suddenly, a shot was fired. Historical records are iffy about who shot first, but by the end of the melee, eight minutemen lay dead. The Brits, on the other hand, did not suffer any casualties.

The Redcoats then moved to Concord and encountered a legion of Minutemen strengthened by soldiers from several communities that had been alerted about the potential invasion. Unlike in Lexington, the Minutemen were able to ward off the British at Concord—but not without a battle that kicked off with “the shot heard ’round the world.”

The Battle of Lexington and Concord began the Revolutionary War and marked the first bloodshed on the way to American Independence. Now called Patriots’ Day, the battle is commemorated on the third Monday in April with a reenactment, the Boston Marathon, and a Red Sox game.

The reenactment occurs on the same Lexington green every year and is led by a group of volunteers, which include Paul Tobin, who was this year’s Paul Revere and has participated for the last 26 years.