The BPDA Made a Spellbinding Interactive 3D Map of Boston

Just look at that thing. 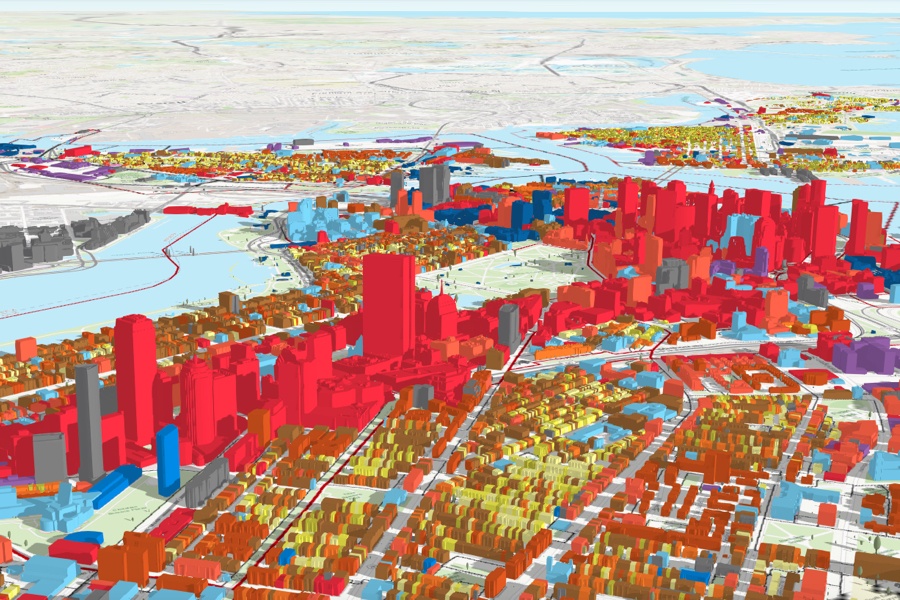 Boston’s Planning and Development Agency this week released a stunning 3D map of Boston that apparently includes every one of the city’s tens of thousands of buildings in interactive, multicolored detail, and you have to try this thing.

A collaboration between the BPDA and the city’s Department of Innovation and Technology, the map offers a unique look at the way the city’s neighborhoods are divided up by land-use, and it helps users visualize city zoning from both a bird’s eye view and at the ground level. Soon, it could help city officials plan for the impact of sea level rise, inform planning efforts, and so on.

It’s part of an effort on the part of the agency—which was until recently known as the Boston Redevelopment Authority and carries generations worth of baggage—to be more transparent and accessible.

“By providing a sophisticated planning tool like our 3D smart model to the public free of charge, we are creating a new resource to improve the efficiency and quality of our work, empowering residents with a real-world visualization tool to imagine the future of our neighborhoods, and leveling the playing field for all who are invested in planning Boston’s urban context,” Brian Golden, Director of the BPDA said in a statement.

It also looks extremely cool, and thanks to both its simplicity and the sheer volume of data it draws from, it is seriously addictive.

The controls let you toggle various bits of information on and off, including urban renewal areas, flood zones, and tags marking areas of interest. It also lets you change the position of the sun, so you can watch shadows sweep across the city (you may remember a certain debate about shadows’ impact on public parks, and it’s easy to see how the 3D model could be used to inform discussions like that in the future).

Buildings in the map can be displayed either color-coded or in crisp grey and white. Scrolling through the digital version, it’s a lot like having one of those big models of the city you might find in a developer’s office or the BSA Space, right at your fingertips.

Try it for yourself here. 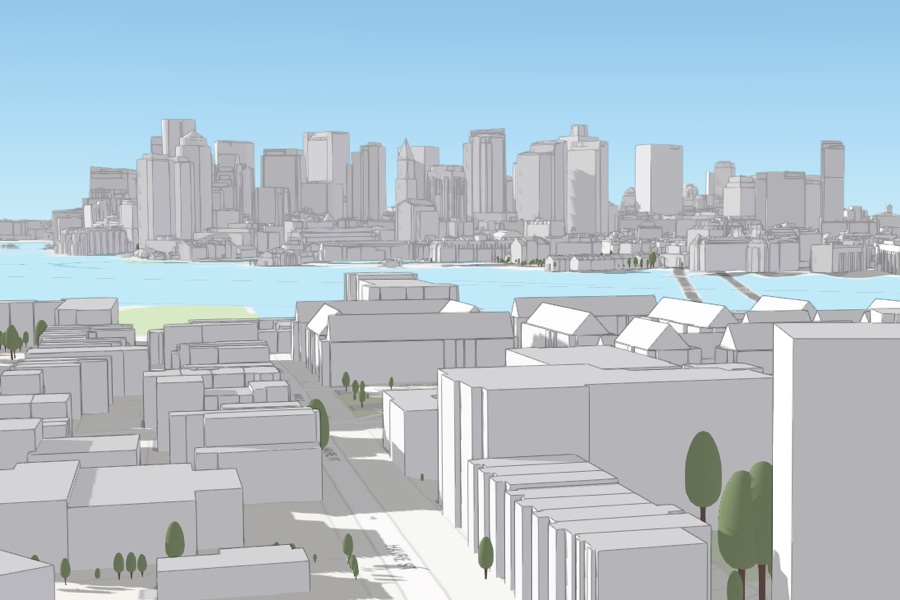