Uber and Lyft Cost the MBTA $20 Million a Year, a New Study Says

That's two thirds of the recent fare increase, by the way. 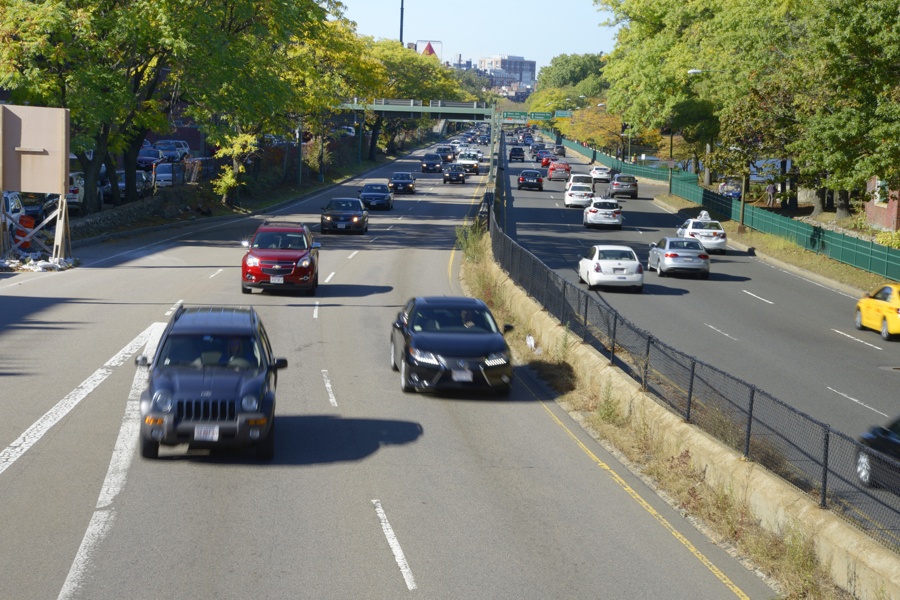 As the number of Uber and Lyft drivers circulating through Greater Boston’s streets keeps increasing, trips using the services are taking millions of dollars in fare money from the MBTA, a new study has found—about $20 million each year, to be exact.

That’s according to the Metropolitan Area Planning Council, a government agency that analyzes trends in the Boston area. Its research found last year that about 60 percent of people who took trips via rideshare companies would have opted for taking the T, or walking or biking, to their destination if they didn’t have Uber and Lyft at their fingertips. Trips via Uber and Lyft increased by 25 percent statewide between 2017 and 2018, to 81.3 million, according to the state’s Department of Public Utilities.

To put that kind of money into perspective, this summer’s contentious 6 percent MBTA fare increase is estimated to bring in an additional $30 million in revenue each year. A T spokesman says the public transit agency has not read the report.

Additionally, the MAPC estimates that the region’s fleet of Uber and Lyft cars in Greater Boston burned 18 million gallons of gas, and pumped a total of 163,300 metric tons of carbon into the atmosphere—which, when the change in rider behavior is taken into account, amounts to an additional 96,340 metric tons—in 2018. The carbon footprint of the two companies, according to the MAPC’s estimate, is about 0.6 percent of total emissions from passenger vehicles in the region.

In a unique analysis of the climate impacts of TNCs, MAPC shows how ride-hailing companies are increasing both traffic & GHG emissions. We estimated that TNCs released 163,300 metric tons of CO2e in 2018 – the equivalent of 18 million gallons of gas. #TNCs https://t.co/soPE2mlwMv

“We already know that TNC services are siphoning riders and dollars from public transit, but now we can see clearly that they leave an impact on our congestion as well as our air quality,” Rebecca Davis, MAPC’s deputy director, says in a statement. “Clearly we need to do more to promote shared trips when users choose these services, while advocating for better walking and biking infrastructure and safe, reliable public transit.”

The MAPC recommends changing the state’s per-trip fee for rideshare services, which is currently 20 cents, and adding incentives for drivers to use electric cars. It is also pushing for the state to extract more data from the companies to aid in planning.

Lyft and Uber are pushing back on the report.

“While we’re still reviewing MAPC’s analysis, it’s clear that the claims are based on a wholly inaccurate understanding of the industry,” Lyft spokeswoman Campbell Matthews says in an email. “Research shows that rideshare users are more likely to use public transit than non-rideshare users, which is why we’ve added MBTA information into the Lyft app to encourage public transit use.”

In a statement, Uber says it rejects the idea that rideshare companies should take much of the blame for a city’s transportation woes. “TNCs represents a fraction of vehicles on the road at any given time,” a spokeswoman writes in an email. “The best way to get people out of cars is to make public transit reliable and expand access to bikes and scooters.”

The companies have each tried to position themselves as complements, not competitors to public transportation. Both Lyft and Uber this year began showing Boston-area users information about public transportation options alongside choices for trips in cars. Uber is partnering with the MBTA for a pilot program for on-demand services for riders with mobility impairments.

Lyft also points out that it has invested millions of dollars in carbon offsets since last year, a move it says now means all trips taken via its platform are carbon neutral. Uber does not have a similar program in place.

They have also been getting into the non-car transportation business. Lyft last year bought Motivate, the company that runs the bikes used by bikesharing programs, including Blue Bikes in Boston.