He wired up a lamp to a field of blue potatoes. 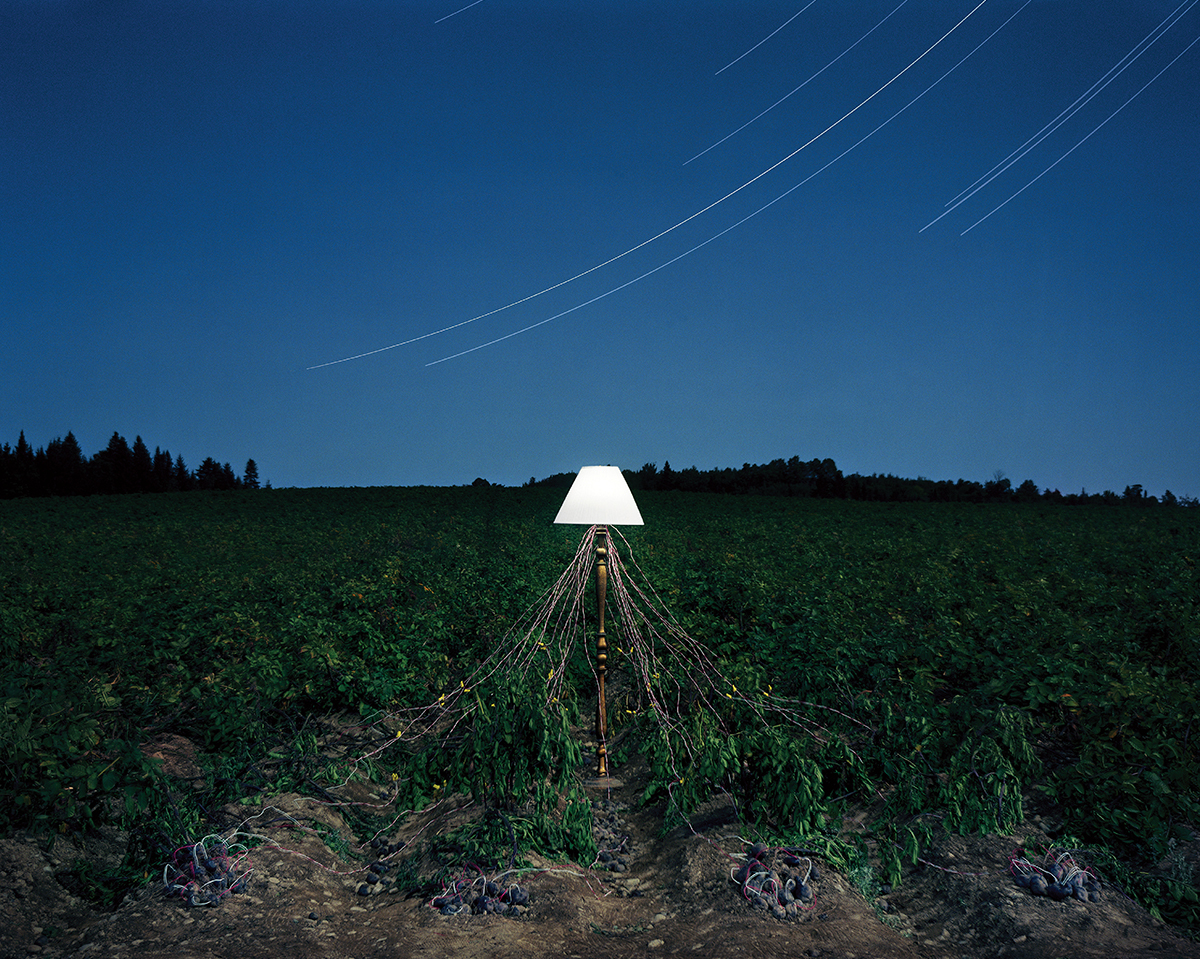 The choice between science and art was a difficult one for Caleb Charland. After completing his BFA in photography at MassArt, he returned to Maine to pursue a career as an X-ray technician without ever having taken a high school physics class. Eventually, Charland found a way to balance his two passions by studying natural phenomena with his camera.

“In science, the end result is always fact,” Charland says. “But the role of photography is to perpetuate a conversation, to keep prodding what’s possible.”

With his “Back to Light” series, he transforms a classic grade-school experiment—powering LED bulbs with fruits and vegetables—into a sublime scene. For this photo, Potato Power, Charland wired up a lamp to a field of blue potatoes (the same spud used to make Terra “Blues” chips). Through long-exposure photography, he captures the dim light generated by the tubers—as well as the rotation of the Earth, turning celestial bodies into streaks of light across the dark sky.

Charland says his images speak to concerns about our use of the Earth’s limited resources. It’s all about “trying to re-harness our own star’s energy,” he says.