Take a 360-Degree Look Inside the Pierce Boston

Pull up a seat to the dinner table at this model condo. 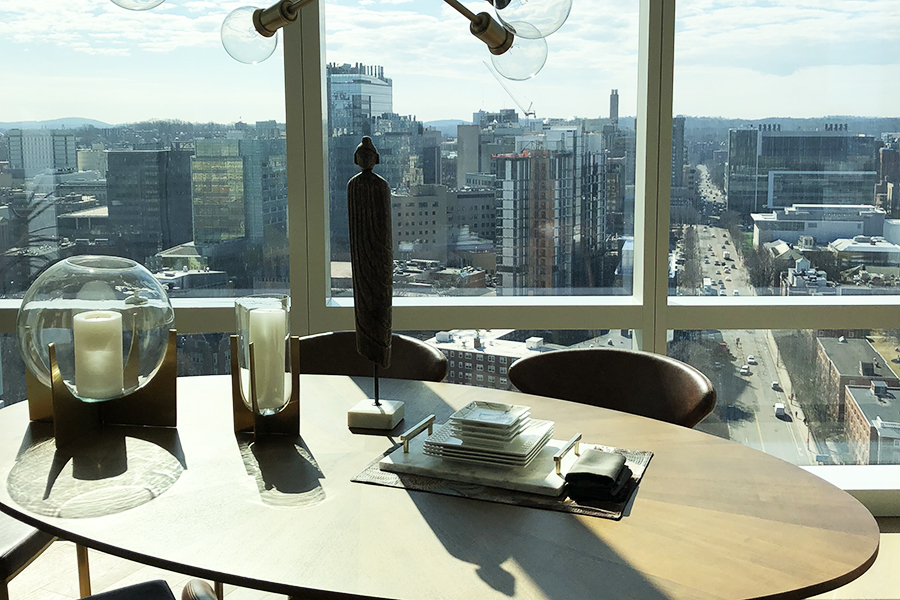 Ever wonder what it would be like to live in the Fenway’s tallest tower? Pierce Boston, which hosted its grand opening on March 1, boasts a swanky model unit where you can envision yourself taking up residence.

But if you can’t make to Pierce’s 22nd floor anytime soon, don’t sweat it, because we checked it out for you. Pull up a seat to the dinner table and take a 360-degree look inside the three-bedroom model condo below. (If you’re on your phone, expand the image to full screen for a virtual reality-style view.)

Here’s what you’re seeing: This is an open-concept living space within a more than 2,000-square-foot home. The condo’s floor-to-ceiling windows overlook the Fenway neighborhood, letting sunlight in from all angles. In the kitchen, there are quartz waterfall countertops, top-of-the-line appliances, plus European-style cabinetry, and just beyond it, a hallway leads to the bedrooms and bathrooms.

The unit, staged by CBT, also features wide-plank oak floors, a stackable washer and dryer, and several oversized closets. Pierce provides a slew of amenities for its residents (who can choose to live in either apartments or condos), including a rooftop pool, “sky cabanas,” a yoga studio, several common lounges, and more. In the near future, the Pierce’s ground level will offer retail, a restaurant, and a wine bar by Haley.Henry.

Who’s taking advantage of all these luxuries, exactly? “We are seeing interest from suburban buyers looking for smaller but still luxurious homes with access to maintenance-free outdoor space and full concierge services, in addition to buyers choosing to move from other neighborhoods in the city,” says Peter Sougarides, a principal at Samuels & Associates, the developer of the building. 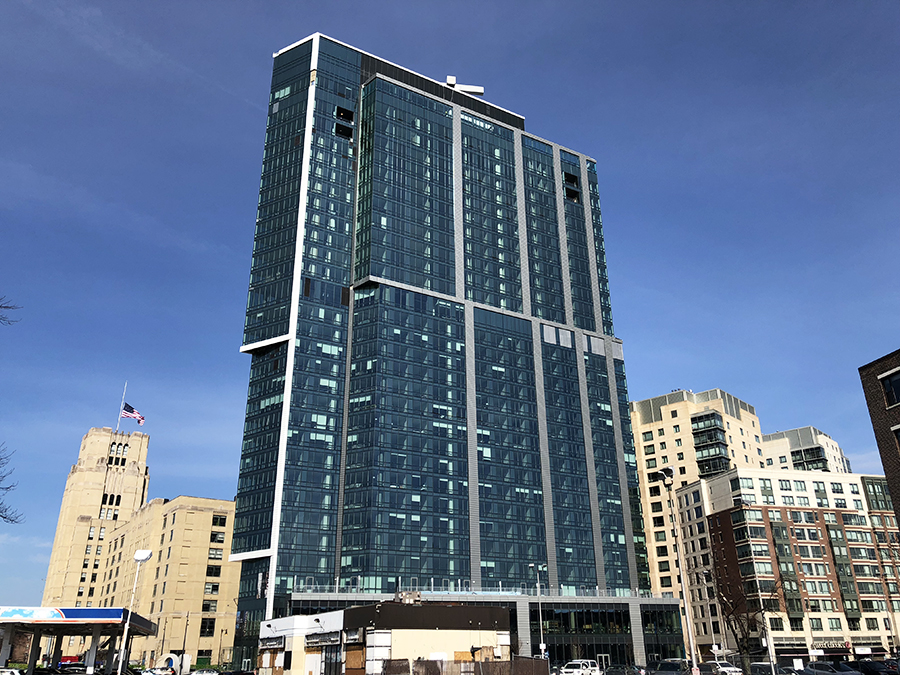 Pierce Boston, By the Numbers

There are 109 condos and 240 apartments in the building.

Studios to three-bedroom apartments range from 437 to 1,472 square feet in size.

Two-bedroom condos command between $1.8 and $2.3 million.

The building is topped with 12 sky cabanas. 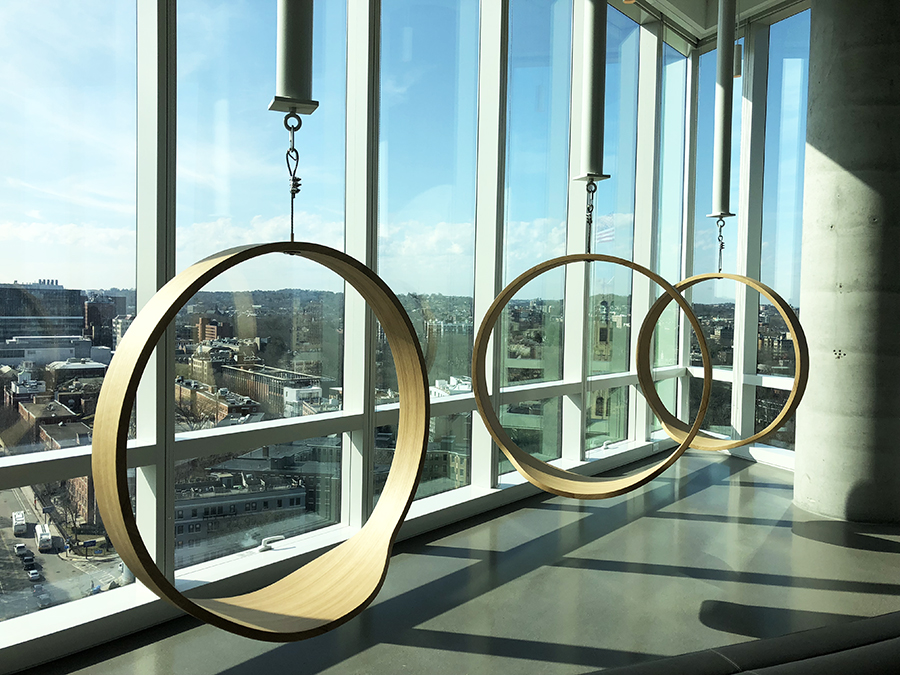 A common area inside Pierce Boston / Photo by Madeline Bilis