A New Exhibit Captures Brutalist Buildings Just Before They Crumble 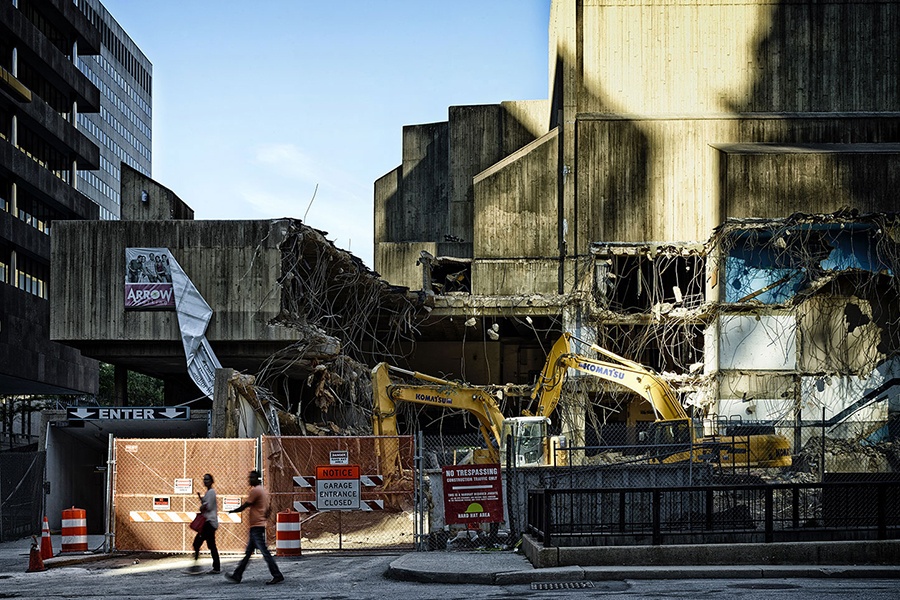 Not everyone can get on board with Brutalism. The raw, concrete structures that define the architectural style are stunning to some—but to others, they’re unsightly relics of a bygone era, and apparently deserving of the wrecking ball.

In a new exhibit at the South End’s Pinkcomma Gallery, Chris Grimley, an architect at firm over,under, has curated a selection of photographs that capture Brutalist buildings just before they crumble. Called “Brutal Destruction,” the show features photos of structures in various stages of demolition. It’s meant to shed light on the present heightened state of vulnerability for Brutalist buildings, as well as the issues surrounding their alteration and demolition.

Grimley argues that in the past, other architectural styles like Victorian and Second Empire had been deemed ugly just as they aged into becoming outdated. “Our contempt for the destruction that followed should give us pause in today’s rush to judge the concrete buildings of the mid-twentieth century as unsightly or alien,” he writes.

His curated photographs from artists like Matthew Carbone and David Torke remind viewers of the power of architecture when it’s created, as well as the “forces that conspire against it once it is judged to have become old, out-of-shape, obsolete, or ugly.”

“If there is a lesson in seeing concrete masterworks disfigured and demolished, we do not believe it lies in exposing or punishing the hubris of the generation that created them,” Grimley continues. “Rather, the current wave of destruction says more about our own pessimism, the weakness of our potential building legacy, and our lack of patience in finding ways to supersede the cycle of ugliness and make these monstrosities our own.”

Luckily, many of Boston’s beautiful brutes are still standing, including City Hall (once ranked as one of the world’s ugliest buildings), the Erich Lindemann Mental Health Center, and others. But Grimley, along with colleagues Mark Pasnik, and Michael Kubo, have made it their mission to bring Brutalist buildings back into public favor. They launched the “Heroic Project” in 2015 to advocate for concrete modernism’s preservation. So far, the trio has published a Boston Brutalism bible of sorts, called Heroic: Concrete Architecture and the New Boston, as well as the Brutalist Boston Map. “Brutal Destruction” is the third component of the Heroic Project.

“Brutal Destruction” will be on view at Pinkcomma Gallery from April 12 through May 3, 2018, 46 Waltham St., Boston, pinkcomma.com. 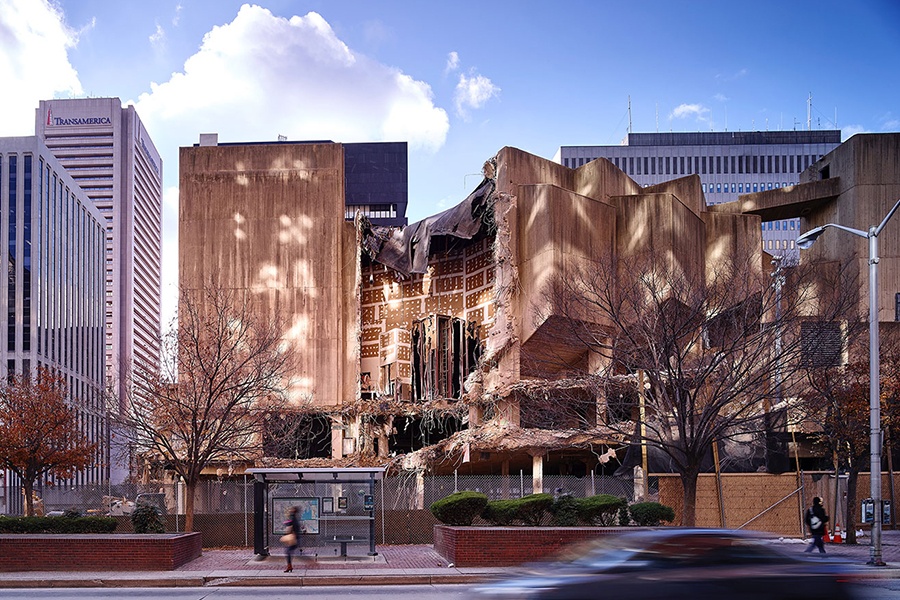 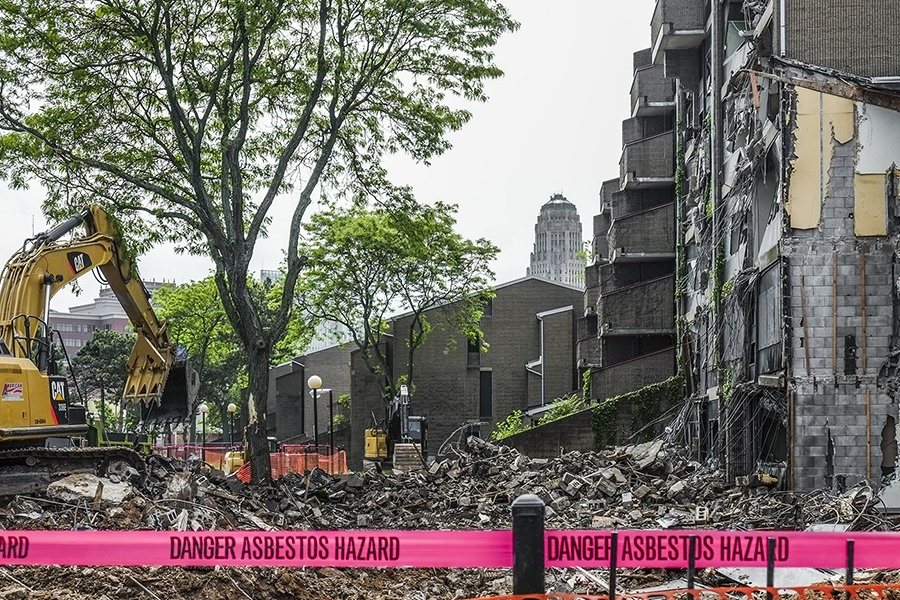