This essay in concrete is an architectural marvel hidden in plain sight. 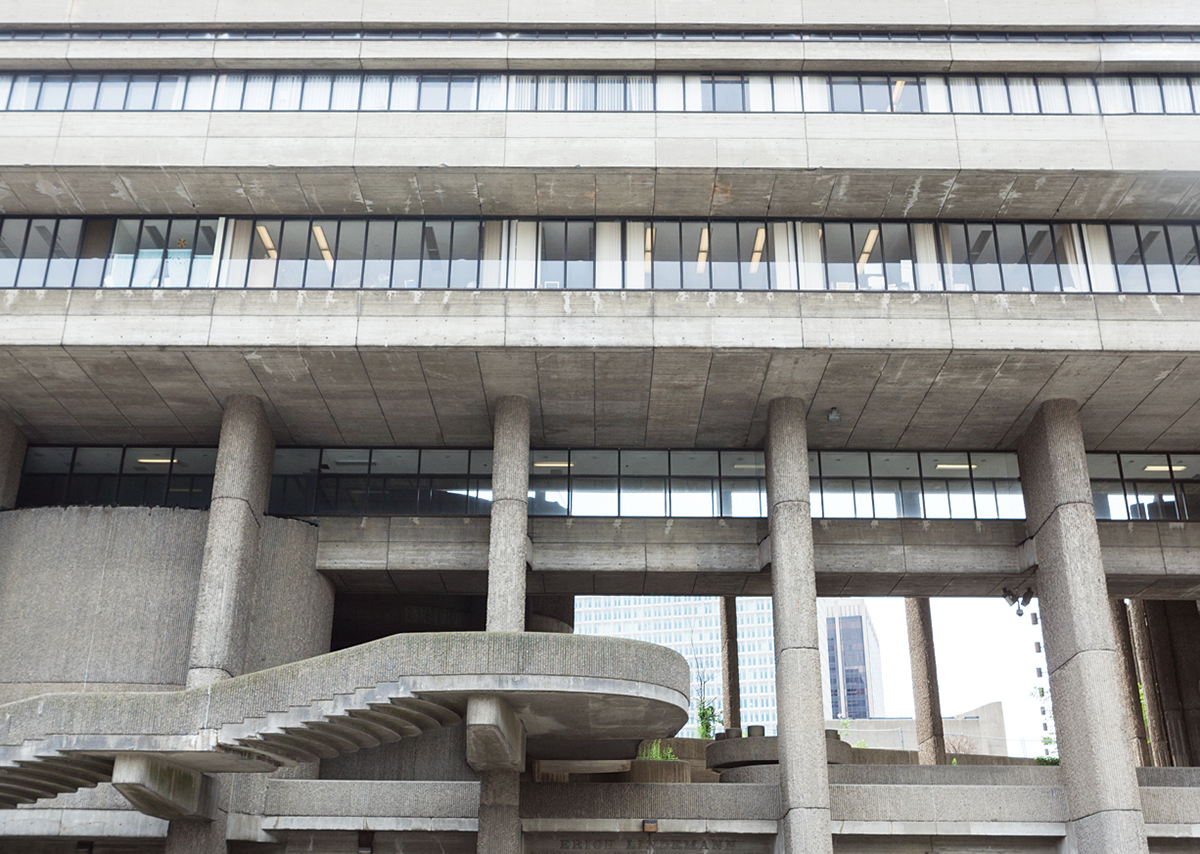 The Erich Lindemann Mental Health Center is a hulking, overlooked mass of concrete that’s part of an incomplete building complex. It’s also a stunning achievement of one of the 20th century’s most renowned Modernist architects.

Designed by Paul Rudolph in 1962 and completed in 1971, the Brutalist creation is a decidedly imposing presence just a few blocks from City Hall—one that would have been dwarfed by a much larger Brutalist tower, if all had gone according to plan.

The cement behemoths spawned from Boston’s wave of midcentury urban renewal were “built with the kind of grandness of an era that spent money on civic buildings,” explains Mark Pasnik, coauthor of Heroic: Concrete Architecture and the New Boston. Rudolph’s ambitions were lofty: The more than 225,000-square-foot mental health center is one of the three buildings originally slated to compose the Government Service Center. As the site’s coordinating architect under the firm Desmond & Lord, Rudolph—a Harvard grad also known to New Englanders for creating a fortress-like library at UMass Dartmouth—envisioned a plaza anchored by a 23-story tower. Because of funding cuts imposed during later stages of the project, however, the tower was never constructed, leaving Boston with the Rudolph-designed mental health center and the conjoined Charles F. Hurley Building. In 1999, the Edward W. Brooke Courthouse was built where the tower would have stood.

Even without the tower, the complex is a striking presence, its grandeur heightened by dramatic projections and dark shadows cast by sunshades. Huge cylinders appear to lift Rudolph’s building from the ground while a curved staircase floats beside it, offering a portal into the center. Perhaps the most distinctive feature is its rippling walls, which workers finished by hand, first casting the concrete in ribbed wooden molds before using bush hammers to chip away at the aggregate. A balance of form and function, the texture masks large swaths of the exterior from the discoloration that comes from weathering.

It’s the same technique Rudolph employed in one of his most famous works: Yale’s Art and Architecture Building, a reigning example of American Brutalism. Determined to shake up the status quo of boring glass office towers, Rudolph saw concrete creations as a way to inject personality into American cities—though he never actually used the term “Brutalism” to define his approach. “In many respects his major works, like the Yale Art and Architecture Building and the Government Service Center, were essays in concrete,” Pasnik says.

Rudolph wanted the Lindemann to be an emotionally moving space. One of the most unique aspects of the building’s interior is its chapel, where light dances across curved walls of concrete. As a counterpoint to the open brick expanse that surrounded City Hall, he carved out a public space in the center of the building. This central courtyard contrasts the stark flatness of City Hall Plaza with a gentle slope and rounded seating areas. The courtyard, however, struggled to become the therapeutic space Rudolph had hoped for.

In the years after the building’s opening, federal budget cuts made grand Brutalist buildings like the mental health center harder to maintain. Today, the work’s sculptural drama is slighted by the temporary chain-link fences meant to prevent people from approaching some of the terrace’s low handrails, which don’t meet contemporary code. Most passersby are unaware of the courtyard within, thanks to parked cars lining the plaza’s entrance, and the building’s once-grand entryway now goes unused.

Maintenance issues cast a gloomy shadow upon it today—making it easy to walk by the Modernist marvel without appreciating its complexities—but the Brutalist building serves as a reminder of an era that invested in civic architecture. Government Center’s concrete creations have been scoffed at for years, but as young architects begin to see the merits of Brutalism’s architectural ethic, perhaps the Lindemann can be revived for a second act. 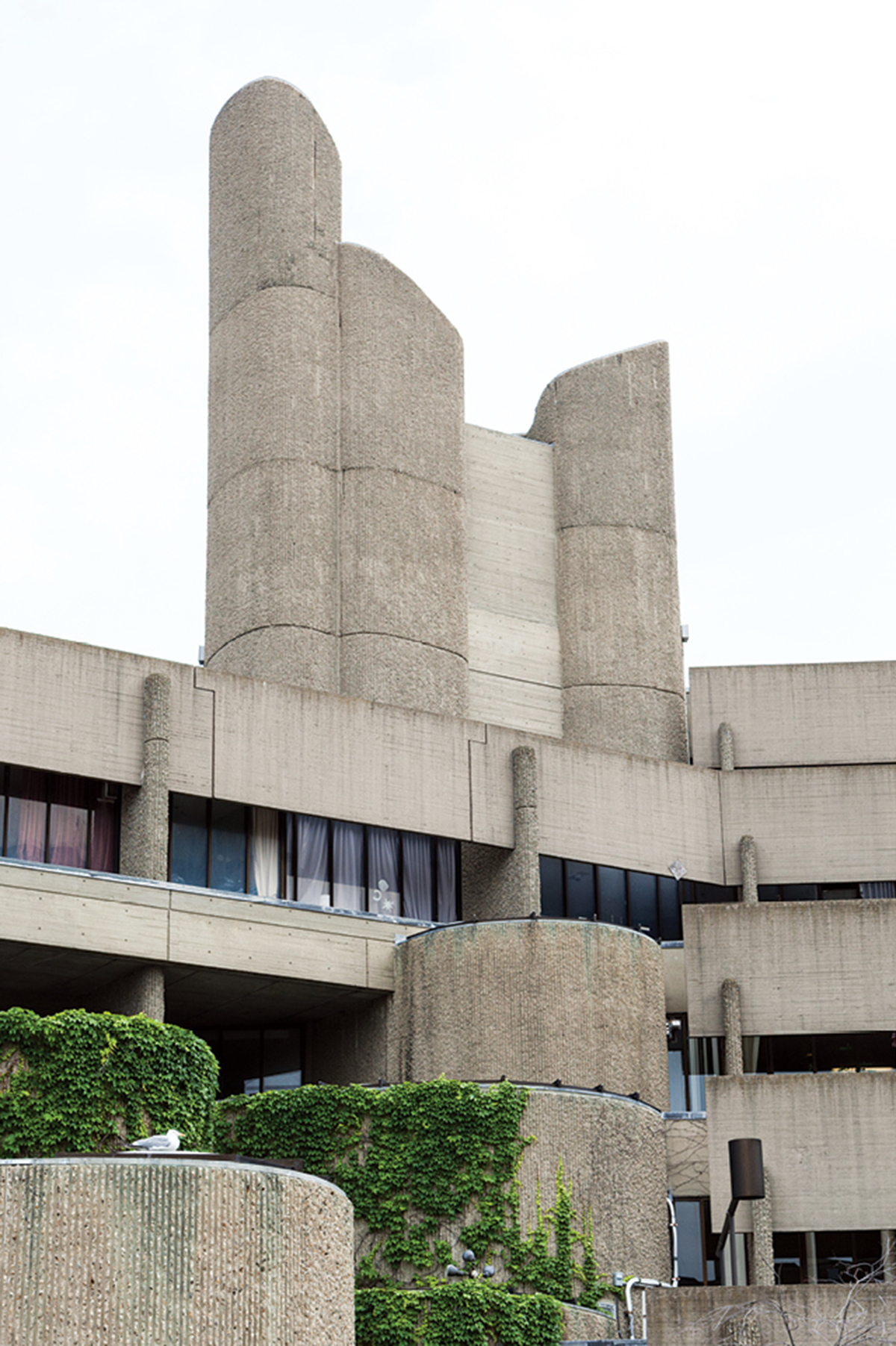 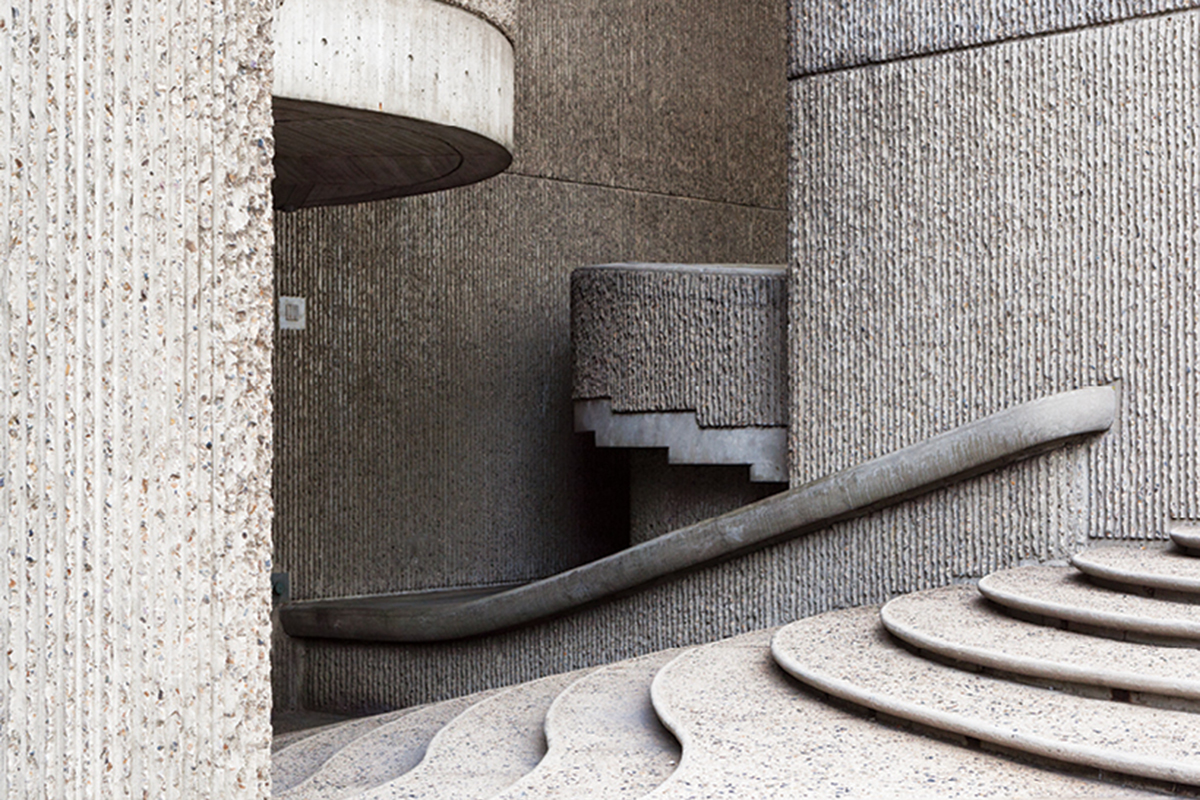 The center’s rippling walls were hammered by hand. / Photograph by Julia Hopkins