Is There Finally a Buyer’s Market in Boston?

Listings are going up, sales are ticking down, and open houses have finally quieted. Is the break that buyers need finally coming? 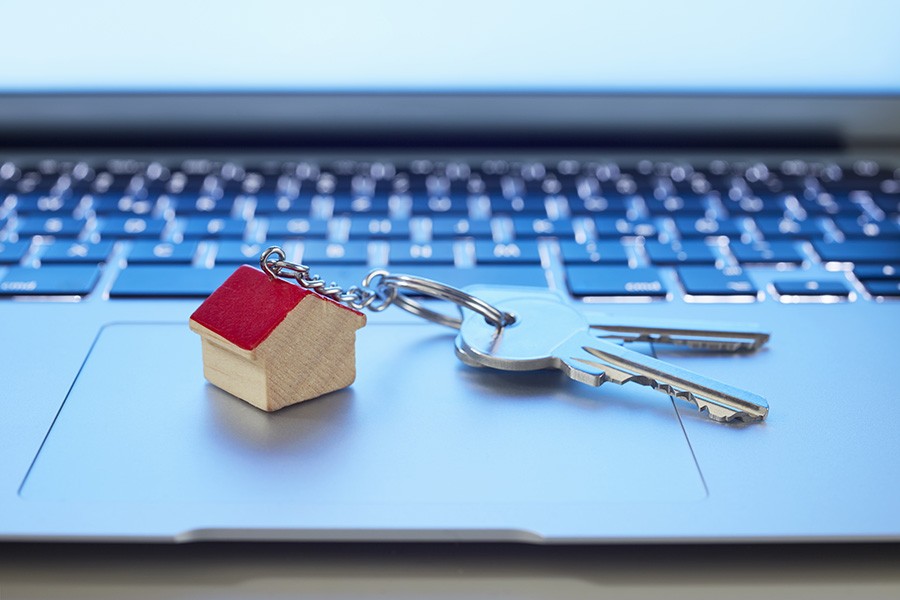 Over the last year, aspiring home owners in the Boston area have become familiar with the unspoken rules of finding a house in the COVID-era real estate market. Consider suburbs further out from Boston if you want to find an affordable home. Offer over asking price—it’s practically a requirement. And expect inventory that’s more picked over than the bread and milk aisles at a grocery store the night before a blizzard.

But the week after Labor Day, something happened that caught realtors off guard. There were over 300 new Boston listings in MLS in the days after the holiday, practically unheard of in these times. In Jamaica Plain, over 25 new condo listings popped up in a couple days. Could Boston’s painfully hot real estate market finally be pivoting in favor of buyers?

It’s not that strange a question—the early September listings could very well have been a fluke, but then numbers from August’s housing sales in the greater Boston area began rolling in. According to the Greater Boston Association of Realtors, the number of home sales this August was fewer than what we saw in August 2020. Though sales only decreased 2.4 percent, it’s the first time there’s been a year-over-year decrease in the last 12 months. The median selling prices for single-family homes and condominiums stayed flat for the second consecutive month this year.

This normally wouldn’t cause realtors to bat an eye: Summer is one of the slowest times of year for home sales, a stretch that usually continues into the early weeks of September. Five years ago this might’ve been a little strange, but nothing unusual.  But after how the market looked in 2020 and early 2021—a time so intense people were signing away their inspection just to get an offer accepted— it was a little jarring. So what gives? Are we going back to the elusive Before Times?

Maybe not quite, but things are beginning to look promising for buyers who’ve been faced with a cutthroat market for over a year. There’s definitely a bit of breathing room now, and it finally seems like it’s possible that things are evening out after a year unlike any most realtors have seen before.

“The market’s been on a tear after that initial COVID pause,” says Josh Muncey, team leader at the Muncey Group with Compass. “It’s been absurd the first half of this year through June 1…While it’s still a seller’s market, it’s leveling off and it’s not an obnoxious competition. It feels like the market may be transitioning back for normal cycles.”

After the initial shutdowns last March, real estate markets across the country saw an increased demand for homes with relatively little inventory hitting the market. The Boston area experienced this right through the first half of this year, including over the winter, a time Muncey said is quiet for the house-selling crowd. But now things are leveling out, with interest slowing a bit as is typical for fall and more homes going on the market than one might normally see this time of year.  While there’s still some time before the usual fall activity kicks in, Muncey says his colleagues are already seeing lower numbers of people at previously chaotic open houses.

In addition, buyers are just tired of a market where they put in high offer after high offer and still lose houses. Dino Confalone, associate director and realtor at Gibson | Sotheby’s International Realty and president of the Greater Boston Association of Realtor, says he had one client lose a home after offering $150,000 over asking price.

“The buyer exhaustion always happens in June,” he says. “People were beaten up…(But they) will get back out there shortly.”

While things have slowed down a bit, don’t expect the pendulum to swing back too far in the direction of buyers. Instead, things might be normalizing, albeit at a new, pricier baseline than they were before, Confalone predicts. According to the Massachusetts Association of REALTORS’ August 2021 report, median home sales prices are dropping, but are still higher than last year at the same time.

“There’s a pause right now but it’s not by any means going to be an abrupt adjustment (to lower prices),” he says. “It’s just more expensive to live here and that’s reality.”

And according to MAR President and Keller Williams realtor Steve Medeiros, inventory is still scarce. A one month’s supply is available on average now; before COVID, realtors had about two to three months available to them.

“People are making offers at or above asking price,” he says. “The market is still strong in that respect. The inventory is ticking up a little, but it’s not where we need it to be… We’re getting closer to where we were pre-COVID, but we’re not there yet…September and October are going to really tell us what we need to know.”

But if you’ve been putting off house hunting for fear of encountering aggressive fellow buyers at an open house, now might be your time to strike. Just act fast before the fickle winds of the Boston housing market shift once again.