Marriott International is bringing the luxury brand to the residential portion of the highly anticipated mixed-use development. 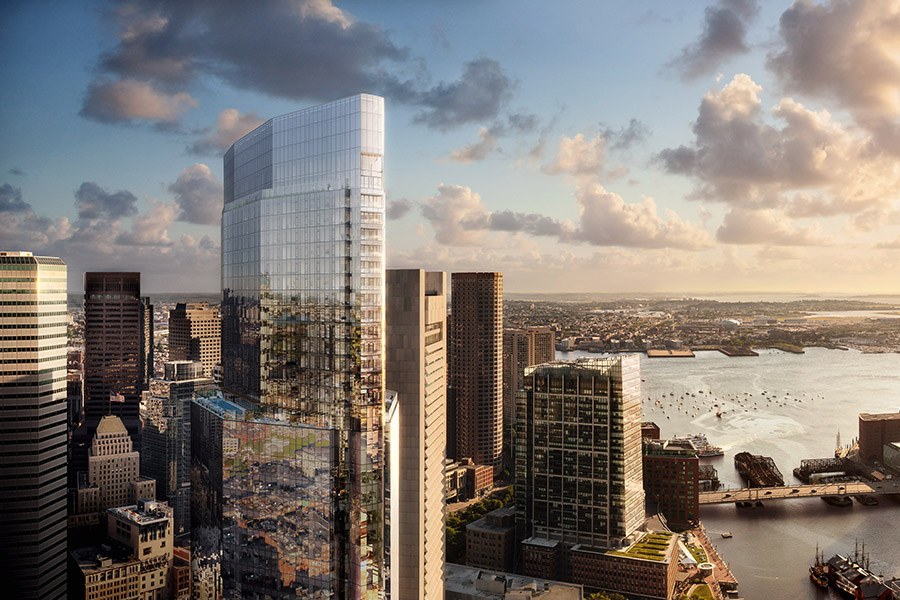 The residences being built at South Station Tower are already enviable. Who wouldn’t want to be able to just stroll downstairs and have buses, trains, and the T at your fingertips? But the units going up for sale here just became even more awe-inspiring with the announcement that the Ritz-Carlton will be the residential brand behind the 166 units in the building, according to Hines, the global real estate firm behind the development of the residential project.

Hines announced the news on Oct. 3. They will also be working with the Collaborative Companies to sell the units. The condos themselves are designed by Pelli Clarke & Partners and Jeffrey Beets International.

The new Ritz-Carlton Residences, Boston, South Station will take up the upper 16 floors of the 51-story, 1,020,0000 square-foot building, which is currently under construction, with an opening planned for 2025.

The new tower will reshape the Boston skyline as one of the tallest buildings in the city upon completion—it’s planned to be about 680 feet. And thanks to that height, it’ll offer residents living in it panoramic views of the city and Boston Harbor from its perch near the edge of Seaport, thanks to the floor-to-ceiling glass windows that’ll make up the exterior-facing walls of the units. Residents will also have access to a slew of amenities, including those offered in the commercial space that’ll occupy the lower floors. This includes an expansive private park designed by OBJ accessible with meeting spaces, a dining terrace, gardens, walking paths, activity lawns, and water/fire elements planned.

The condos and office tower are part of the first phase of a three-part project. This portion of the project also includes expanding the bus terminal to increase capacity by 50 percent and connecting it to the train terminal for easier access. This privately funded phase will also create new public space at the train station and improve the streetscape nearby to make it more appealing to people coming into the city. 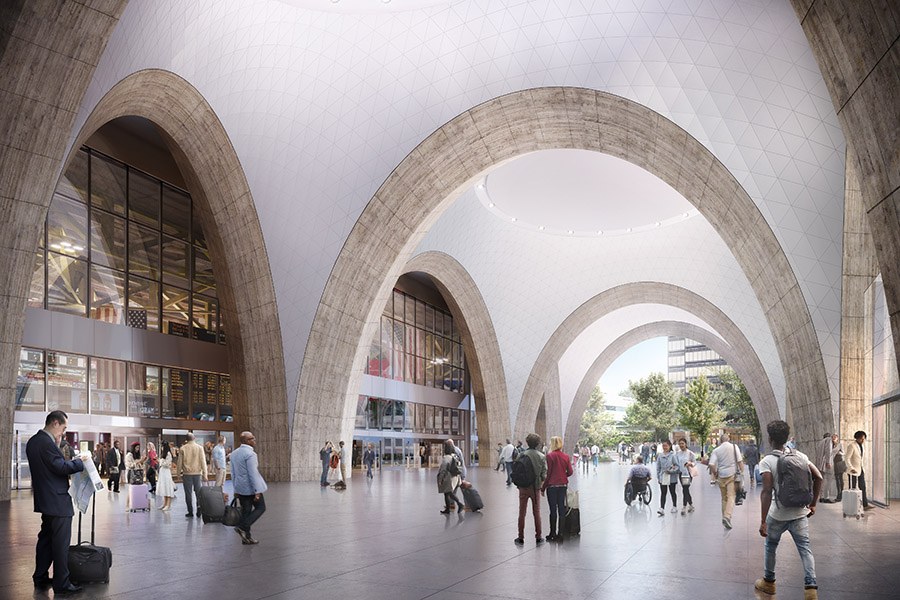