Inspired by the architecture around which he grew up, Kevin Cradock has created a solid business based on high-quality craftsmanship, preservation, and paying it forward. 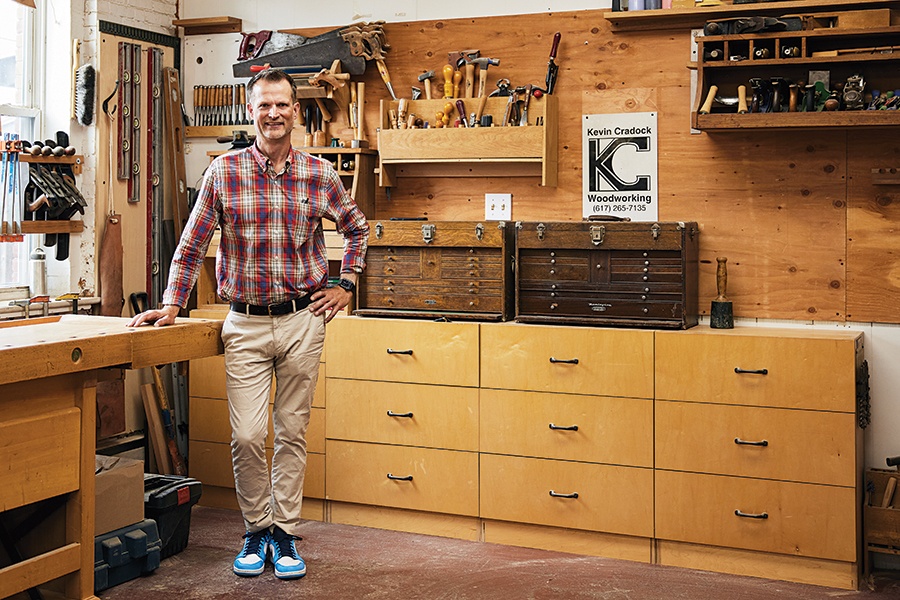 If you knew Kevin Cradock as a teenager, you wouldn’t be too surprised to see where he’s ended up. The high-end builder grew up in Jamaica Plain—where generations of his family have lived since the 1920s—and spent his formative years helping with carpentry and woodworking projects around the house. “Being surrounded by the amazing architecture in J.P., I’d always wanted to be involved in building,” Cradock says.

Decades later, not only is he hired to build and renovate homes around New England, but he’s now more than 25 years into leading his own contracting company, Kevin Cradock Builders. In addition to building and renovating high-end homes, the Boston-based team also crafts cabinetry, furniture, and millwork. “I always wanted to run my own company. I really wanted to do this type of work and be able to control the quality [of the projects],” he explains.

While Cradock says he never expected his operation to be as large as it is now, expansion has been necessary as the business has evolved from managing construction projects to doing top-to-bottom carpentry and woodworking as well. “We do all the work ourselves in-house and make everything from scratch,” Cradock says. While the company does it all, renovation projects—which comprise about 90 percent of the work the team takes on—are Cradock’s favorite. “I’m a preservationist at heart. We live in a unique place where we have access to all these crazy houses that were built so long ago, and I really love working on those.” 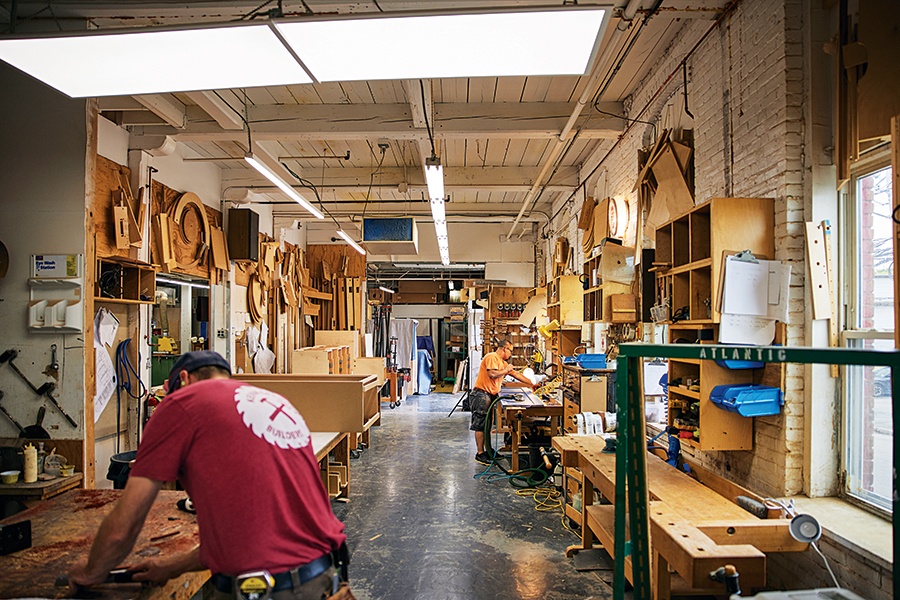 Cradock’s team of woodworkers crafts everything from ceiling trim to full sets of kitchen cabinetry in the workshop. / Photo by Joe St. Pierre

Case-in-point: “the Classic,” a three-story home in Jamaica Plain built in 1827 and renovated by Cradock and team in 2010. In addition to removing and replacing the home’s roof and third-floor walls, the team also reconfigured the floor plan and added an elliptical staircase. “It’s still our favorite project,” Cradock notes. “It was our largest project to date, with some pretty intense restoration work. It really became a standard bearer for the quality of work we do today.”

Cradock’s commitment to quality and authenticity is well known in the industry. “I have had two-hour conversations with Kevin about the appropriate material for exterior trim,” says frequent collaborator and Helios Design Group principal Chris Hosford. “I love his passion.”

Cradock’s passion goes beyond building projects; he consistently seeks ways for his team to engage positively with the community. He takes interns from Madison Park Technical Vocational High School in Roxbury, employs refugees, and frequently offers to do pro bono work. One project he’s currently engaged in is revamping a bathroom at Wellesley A Better Chance, a home for academically gifted high school women of color, alongside the Interior Furnishings and Design Association.

“Our core values are the quality of our work and being a positive part of the community,” Cradock says. “Those two things have brought me whatever success I have. If I’m doing a good job and I’m a nice guy, everything else works out.” 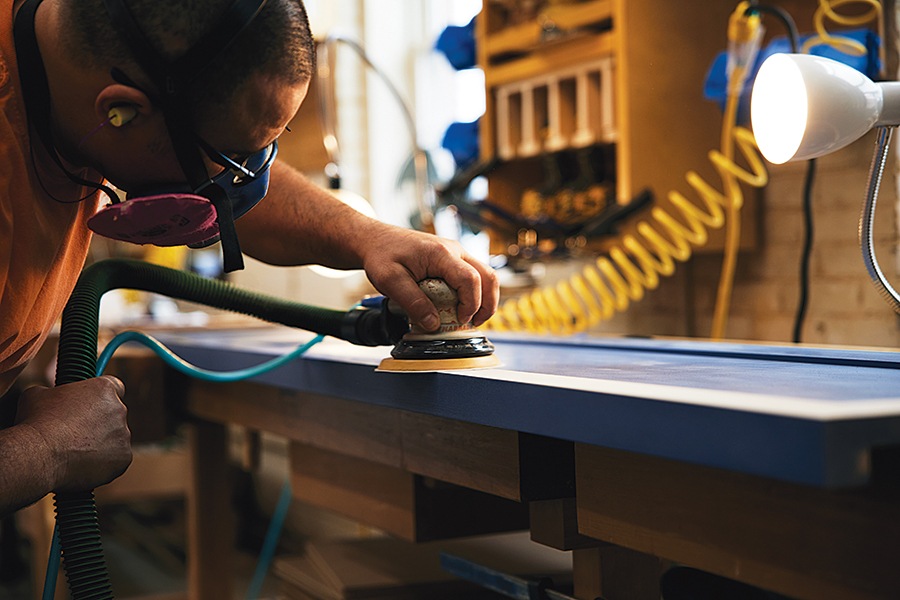 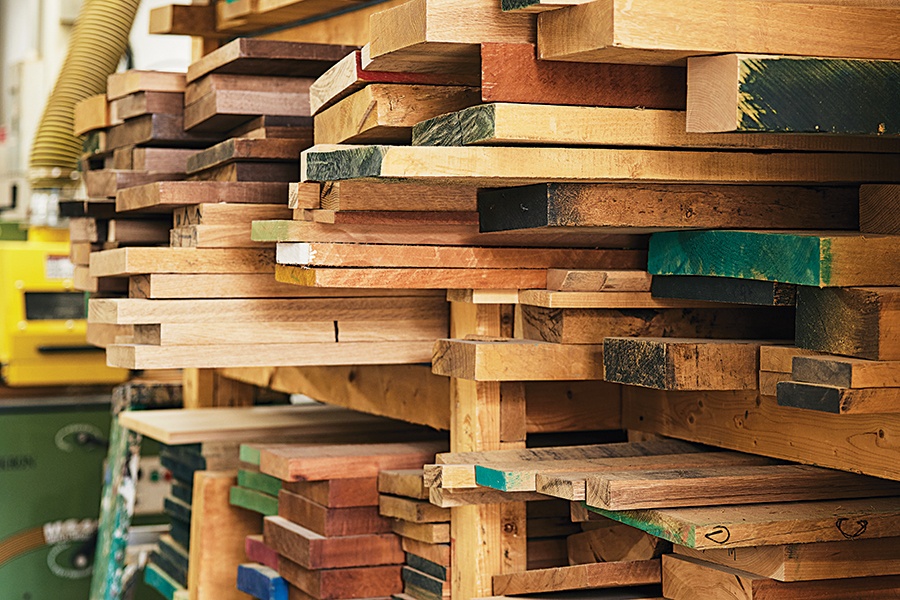