These Are the Best Places to Get a Cheesesteak in Boston

Here in the Hub, the Philadelphia classic is served in straightforward subs and epic rolls with inventive fixings.

By Scott Kearnan and Jacqueline Cain· 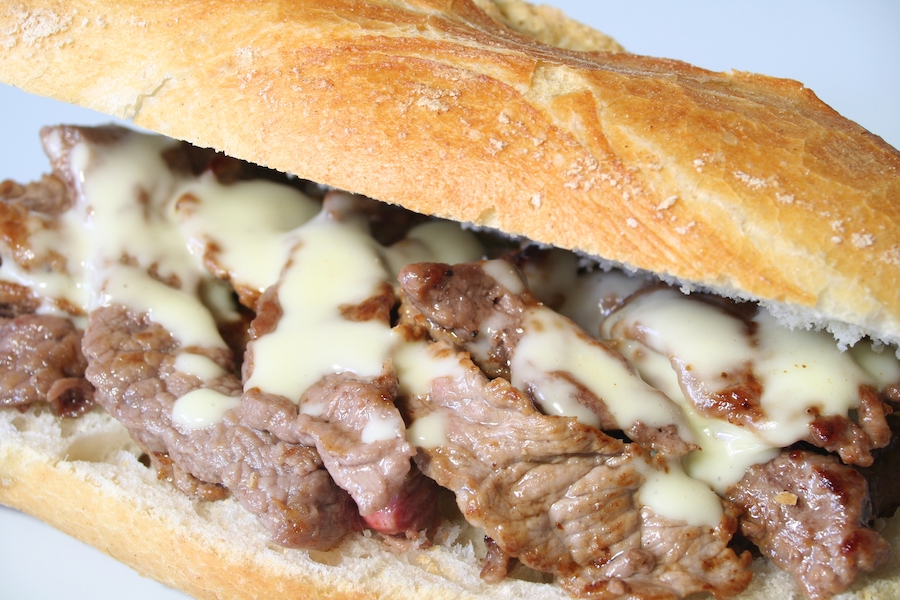 We’re sure your friends from Philly—or, for that matter, our own colleagues at our sibling magazine Philadelphia—have a lot to say about cheesesteaks in Boston. We get it: Nothing tastes quite like home, so anyone raised on the PHL-born subs is bound to be hyper critical (just like we’d probably turn our nose up at the notion that Pennsylvania can compete with lobster rolls). Between us Bostonians, though, we can proudly proclaim our cheesesteaks as good as anywhere else. Classic rolls? We’ve got ’em. Untraditional takes? Those too. Here’s where to find the best of the pepper- and onion-filled favorites, no Amtrak ticket required.

Who is Al? A guy who likes cheese steaks, evidently, as the lunch spots that bear his name offer a few different iterations of foil-wrapped, seasoned steak-filled subs. Among them, you’ll find the steak Bellino with grilled peppers and onions, plus your choice of American, provolone, or Swiss cheese. (Don’t choose Swiss.) The Sicilian steak, meanwhile, loads things up with roasted tomatoes and portobello mushrooms, while the Steak Pizzaiola adds some homemade marinara sauce and a dusting of Parmesan cheese. 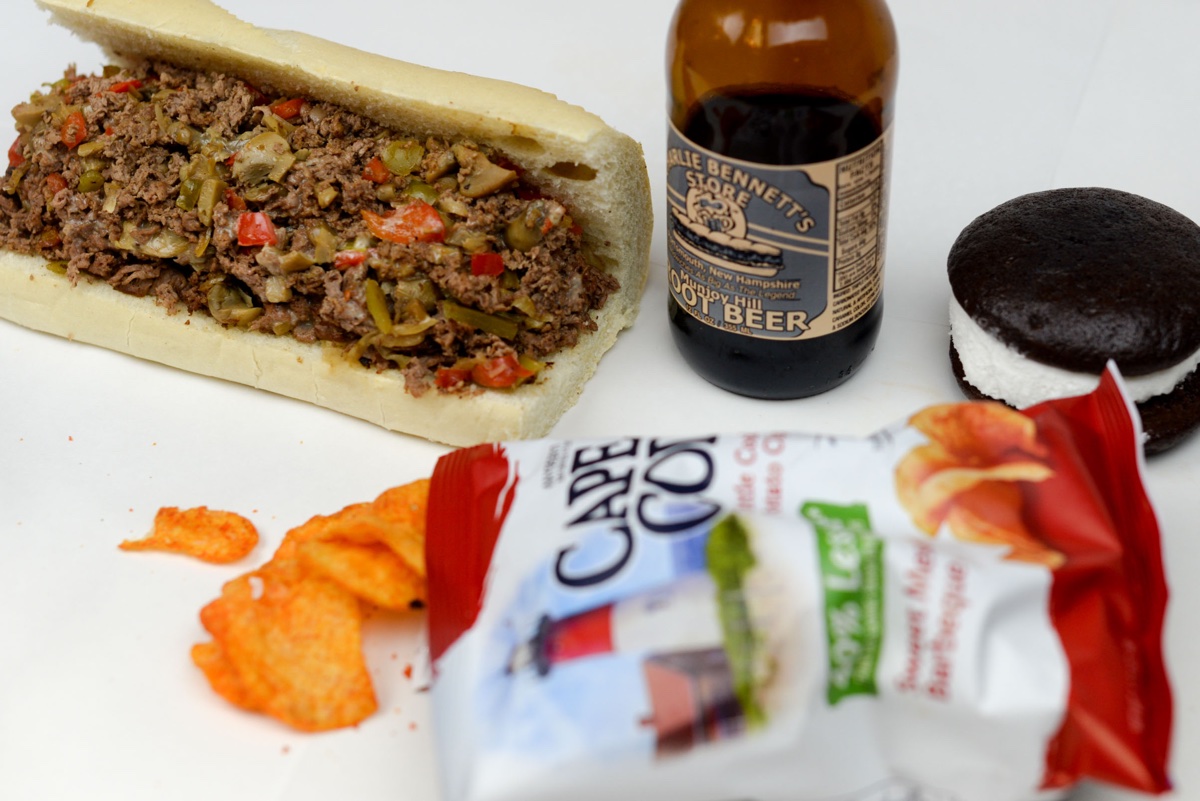 The Kennebunk original has been seasonal since 1982, but Bennett’s shop in the Fenway neighborhood serves up a shaved steak and cheese every day. Bennett’s immodestly named Famous Steak & Cheese is relatively straightforward, topped with American cheese and grilled peppers and onions (plus mushrooms, if you prefer). There’s a marinara-covered Philly Pizza Steak, too. Any Philly purists might blanche over the Boston-original Wicked Steak & Cheese, which invokes Sriracha aioli and a hot pepper spread, but steak lovers will salivate—and the Backyard Steak & Cheese, loaded with pickles, barbecue sauce, and mayo, is quite a whistle whetter, too.

Large enough to feed Papa Bear appetites, Daddy’s Philadelphia-faithful Steak Deluxe is a standout on the big (very big) menu at this otherwise inconspicuous street-corner sub shop. But there’s also a Buffalo sauce-slathered version, and you can get a few different steak and cheese combos in egg roll and calzone form, too—including a latter spin that includes ricotta cheese, scallions, and a peppercorn-Parmesan sauce. 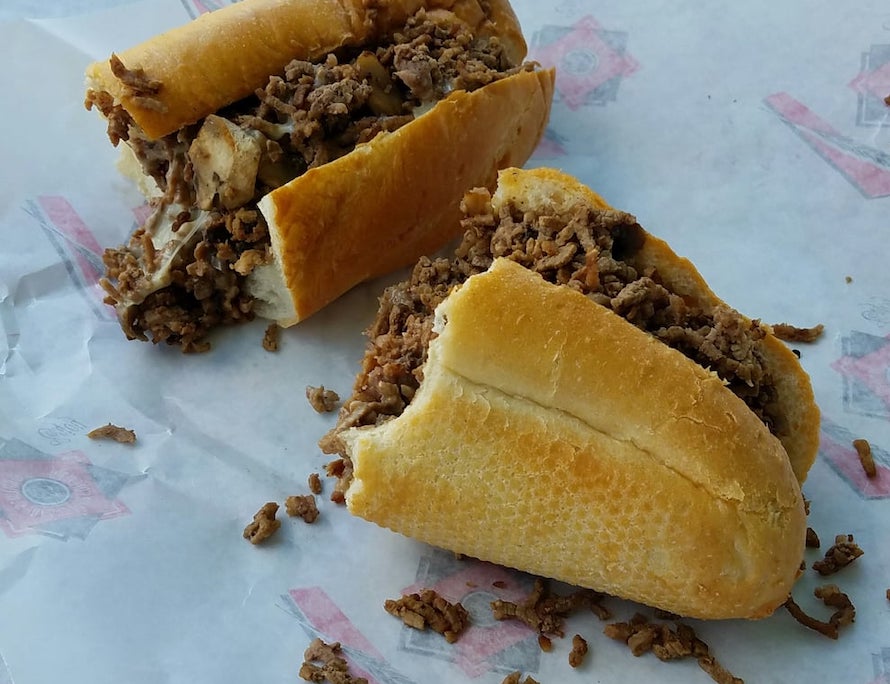 Steak and cheese at Carl’s. / Photo by Slobodan P. via Yelp

Since 1979, this small takeaway shop—which totally merits the trip to Waltham—has been a family-owned landmark for massive steak and cheese subs. There’s a similarly beast-sized menu of variations, including Cajun- and Teriyaki-style takes; simple spins like the Porky, which tosses some bacon on top; and more dramatic ideas such as the Nachos Steak, which covers things in spicy corn strips, sour cream, salsa, and other fixings straight off a platter of Tex-Mex chips.

Carnivores can’t have all the fun. This vegetarian sub ranks right up there with the best of ’em, even though in this case the “steak” is actually seasoned maitake & honshimeji mushrooms, sautéed alongside onions and peppers, and positively doused with house-made pimento cheese sauce in a sub roll. To any naysayers from the City of Brotherly Love, we can only say: haters gonna hate.

Whether you’re a tenor, soprano, baritone, or a perpetually off-key shower diva, you’ll find yourself singing the praises of Figaro’s many untraditional steak and cheese subs. The Al Capone adds pepperoni and sliced hot peppers to the classic peppers and onions combo, while the Cha Cha goes with sliced red onion, tomato, and honey mustard on focaccia. Then there’s the Big Steak, boasting lettuce, pickles, red onion, and Thousand Island dressing, as well as the Two-Timer that pairs grilled onions and hot pepper relish with chipotle mayo.

Another self-designated “famous” sub maker—these steak and cheese slingers sure like to brag, huh? Well, you would too if you were Joe’s, a rightly recognized fixture in Nubian Square since 1971, where the impeccably sizzled shaved steak is served up in 10 variations. There’s nothing too crazy; egg and Italian sausage are about as wild as we get with the fixings. You don’t want to mess too much with perfection, after all—although you do always have the option to trade steak for marinated chicken in any of the orders.

Beloved for its Sicilian slices, this Winter Hill go-to also makes an ultimate steak and cheese. Packed into a foot-long sub roll, the griddled steak is crisped to an ideal state. Order up to make it a bomb with grilled onions, mushrooms, peppers, and spicy pepperoni for added bite. Note that it’s cash-only.

No, not Mooby’s—that’s the fast food restaurant immortalized in all those Kevin Smith-directed ’90s movies about chain-smoking, mall-loitering, ‘zine-pubbing Gen X-ers. (Although if you’ve ever wanted to eat there, keep your fingers crossed that Smith’s pop-up restaurant based on the place returns to Boston soon.) We’re talking about Moogy’s, a Brighton mainstay for stoned college students and those of us who still love to eat like them. Its munchies-satisfying menu includes several crowd-favorite steak and cheese subs. You can dress up an original with ‘shrooms and sweet peppers, or opt for offerings like the Phat Philly, which arrives saturated in “cheez” sauce.

Named for its North End business owner and not Rocky Balboa’s best buddy, Pauli’s still makes a Philly-inspired cheesesteak that’s not to be missed. The Fat Felix has a half-pound of shaved steak, and comes with standard melted American cheese, grilled onions, peppers, and mushrooms, sure—but also two strips of bacon, and cheese fries. On top. If you want to keep it simple, that’s possible, too; every sub is made to order. But cheese fries, you guys. 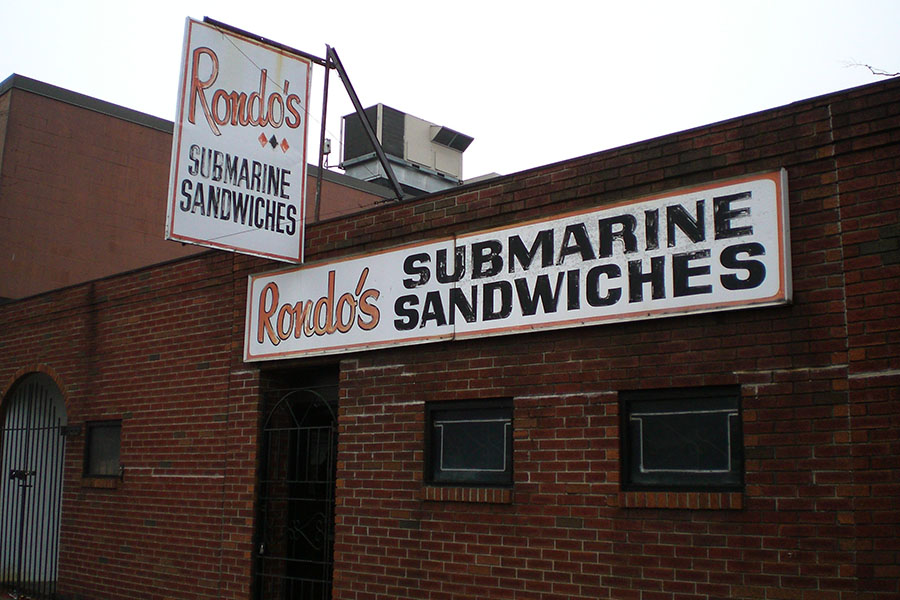 “Southie would be at a loss for bomb sandwiches if it weren’t for Rondo’s,” Moonshine 152 chef Asia Mei once told Boston. Expect a line during peak hours, so be ready with your order. It should be a cheesesteak, though. “It’s pretty much the only thing I’ve ever ordered there,” chef Jason Albus said. “You have to take a nap 15 minutes after eating it.”

One of the state’s oldest taverns, this 1780-established Charlestown spot has hosted famous revolutionaries like George Washington, Paul Revere, and others who fought for our freedom to one day enjoy Warren’s superlative steak and cheese egg rolls. Liberated from Philadelphia-born convention, this appetizer orientation stuffs shaved steak, Provolone, and spicy chipotle aioli into snack-sized, flaky and deep-fried encasements. Eat them for America.