Gronk, Calling Himself “Mr. Recovery,” Is Getting into the CBD Game

He's partnering with a CBD company and calling on pro sports leagues to allow its use. 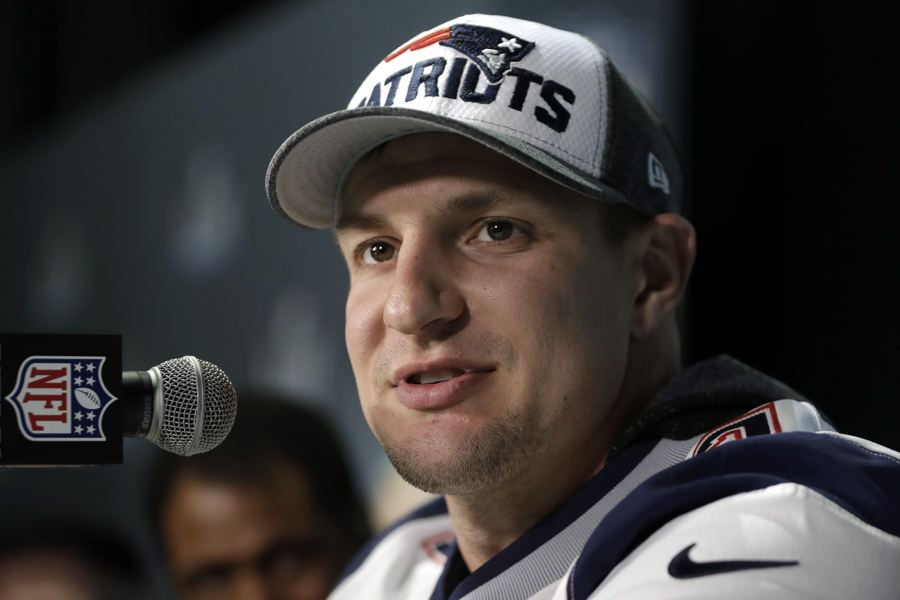 Rob Gronkowski spent nine years getting pummeled for the Patriots before he’d had enough, announcing his retirement last year. When word got around that Gronk had big news to share this morning, there was a glimmer of hope that maybe the star tight end was thinking of getting back on the field.

But that was not the case. At a 9:30 a.m. press conference, Gronk announced his next chapter will be focused on CBD. He’s partnering with CBDMedic, a division of Rhode Island and Toronto-based company called Abacus Health, and a new line of “all natural, fitness-oriented recovery products” will be out next year. CBDMedic’s website shows the products include topical sprays, sticks, ointments, and  creams.

Sorry #Patriots fans, @RobGronkowski didn’t announce his return to the team. Gronk says that thanks to CBD he’s now pain free, and he’s appealing to pro sports leagues to change their views on CBD. It his new business venture. pic.twitter.com/M7phBXrdAT

CBD, short for cannabidiol, is a substance that is derived from cannabis but does not contain the drug THC, and does not give users the high they get from marijuana. It’s been gaining in popularity over the past several years for its purported health benefits, including for its use as an alternative to opioid pain management in both humans and pets, and a recent study suggests it’ll be a $20 billion industry by 2024. Gronk says he’s been using it over the past few months to deal with the punishment he put his body through over the years, and says that “for the first time in more than a decade I am pain free.”

Gronk also says he will begin pushing the NFL and other pro sports leagues to change policies that do not allow players to use CBD because they still classify it as a drug in line with marijuana. “I want the same opportunity for my friends and teammates out there. That’s why I’m advocating for CBD to be acceptable for all players to be used for recovery,” he says.

Asked about whether he might answer fans’ calls to get back on the field, Gronk actually seemed close to tears at the thought of his time in the NFL, and not because of all the Super Bowl victories and rolling rallies. “I feel that love but I want to be clear to my fans: I needed to recover. I was not in a good place,” he says, appearing to choke up a bit. “Football was bringing me down, and I didn’t like it. I was losing that joy in life. Like, joy. I really was and I was fighting through it and I knew what I signed up for and what I was fighting through and I knew I just have to fix myself.”

Rob Gronkowski addresses whether or not he is coming back to the NFL: “Football was bringing me down.” pic.twitter.com/SM9P084Rcj

While it does not sound like he’s coming back this season, he didn’t rule out the possibility, saying that he could see himself making a decision at some point between a few months and three years from now. “I’m on the right path to where I am now and I’ve got a lot farther to go and I feel great and I am pain free. But I truly believe I can get to another level with my body and I’m just in the first stage right now,” he says. “And when that time comes down in the future, if I have the desire to play football again, if I feel passionate about football again, if I’m feeling like I need to be out there on the field, I will go back to football, but as of right now that is not the case.”