The Parks and Recreation Department has launched a major public input campaign to help determine how to spend the Common's $28 million update budget. 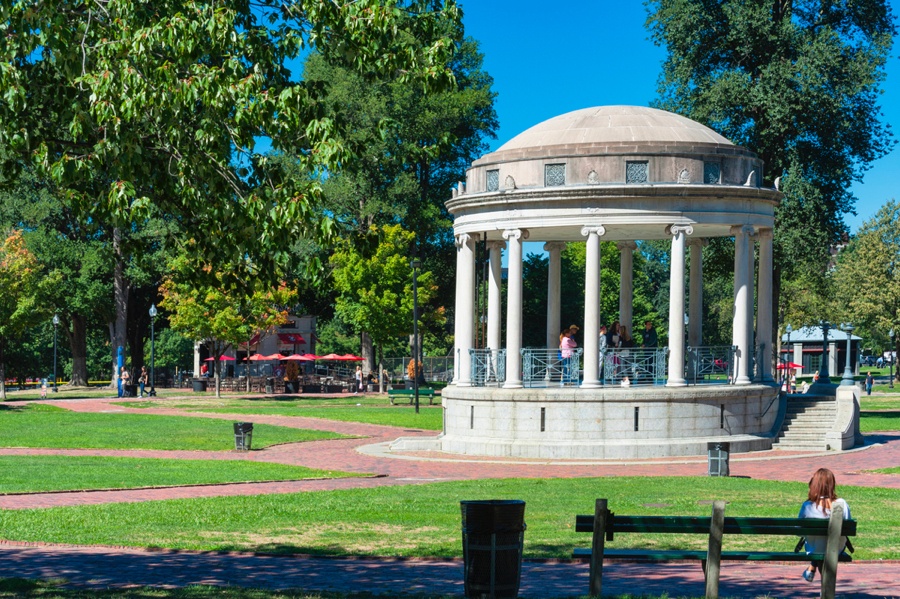 Wouldn’t it be nice if Boston Common were a little less…gross?

From the balding, weedy lawns to the broken curbs to the unwelcome rodent population, “America’s first public park” is a little lacking in atmosphere these days—but that’s about to change. In January, the city announced that $28 million from the sale of the Winthrop St. Garage would be directed to sprucing up the 50-acre, nearly-400-year-old park. While the concept has seen its share of controversy, thanks to the arguments over the planned Winthrop Tower casting shadows on the park, this will be the first major investment the Common has seen since 2015.

“Boston Common has always been a park by and for the people of our city,” Boston Parks Commissioner Ryan Woods says in a statement.“We are now able to augment the current historic levels of funding to fully renovate America’s first public park while preserving its rich heritage.”

Now, the Parks and Recreation Department, the Friends of the Public Garden, and design consultants Weston & Sampson are working together to develop a “Master Plan for Boston Common”—and they’re launching an expansive public input campaign so you can participate, too.

“With your help, we imagine achieving an atmosphere of civic access and engagement with a profound sense of identity and a deep-rooted connection to this historic yet vibrant city,” the project’s website reads.

You’ll be able to help draft the Master Plan in a couple of different ways. A movable kiosk, the so-called ‘Mini Common’, will travel around the city through a series of upcoming Park Presence Days, events in which the public can learn more about the master plan, offer their thoughts on the park’s current state, and share their visions for the Boston Common of the future. The schedule for the Mini Common’s first stops is available here, with more events to come.

However, you don’t have to wait until you can make it to the mini to share your big Boston Common dreams. You can also offer feedback on the park through a 19-question survey. The survey includes a checklist of amenities that are presumably under consideration to improve the park, including more quiet spaces, more food and beverage options, and a “formalized dog run.” The survey will remain open until December 31.