Now You Can Own Justin Timberlake's Bath Towel

JT's new venture takes him from d**k-in-a-box to decoupage. Should we label Justin Timberlake a Renaissance Man or an over-achiever? The singer, actor, businessman, and philanthropist has just added home decor curator to his resume—Timberlake and his long time interior designer and friend Estee Stanley, have collaborated to create HomeMint, a luxury home decor website. Is HomeMint unique? Well, let’s see… You’ve got to register to browse the wares, which involves answering a handful of questions intended to reveal your decor taste, such as: Do you shop at IKEA, Target, Crate & Barrel, or Design Within Reach? Personally, I think the answer tells more about your bank account than your personal style. Once registered, you can shop everything from wall art to bath towels and uncover the generally inflated prices. Unless you think a print of the Manhattan skyline shot by Timberlake is worth $599.99 ($499.99 if you pay the $10/month membership fee).

What we could be witnessing is the ever-entrepreneurial JT getting spread a little too thin. He co-owns and endorses three restaurants in the U.S., including Southern Hospitality, a BBQ restaurant with two locations in New York City. Both places have received mediocre reviews. (From Yelp: “If Justin Timberlake thinks this manufactured contrivance is representative of good cuisine, southern or otherwise, he should get booted out of Memphis… and New York. Because this place was awful. And I’m going to go out on a limb here and challenge any ratings above two stars, brazen acts of culinary violence wrought from a complete lack of critical discernment.”)

Ironically, patrons complain most frequently about the substandard interior decor. Timberlake wouldn’t be the first celebrity to bite off more than he can chew. (Pun intended.) So we asked an expert what he thought about the site.

Like us, South End interior designer Duncan Hughes was skeptical about that HomeMint membership fee. “I feel like you could do just as well going into Home Goods and asking an eligible sales clerk for a certain style and having that clerk bring you to the right aisle,” he says. That being said, he did find a few things he liked, including an ikat green print rug ($599.99 for members) and a wrought iron side chair ($689.99 for members). He also admired the company’s efforts to bring smaller producers to the forefront. “It’s nice to see something unique,” says Hughes, “They are getting small craftsmen and sustainable-type products and bringing them to the mass market, and I am all for that.”

Though Hughes says he won’t be shopping here, he admits HomeMint has a certain appeal. “If you know what you’re looking for, you can shop anywhere, and that doesn’t discount this place.” Our verdict: HomeMint Will Probably Succeed because…

All photos courtesy of HomeMint. 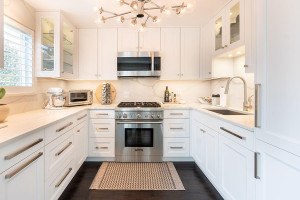