Boston Is Still the Fifth Most Expensive City for Renters

One-bedroom rents have grown by 2.2 percent since last month. 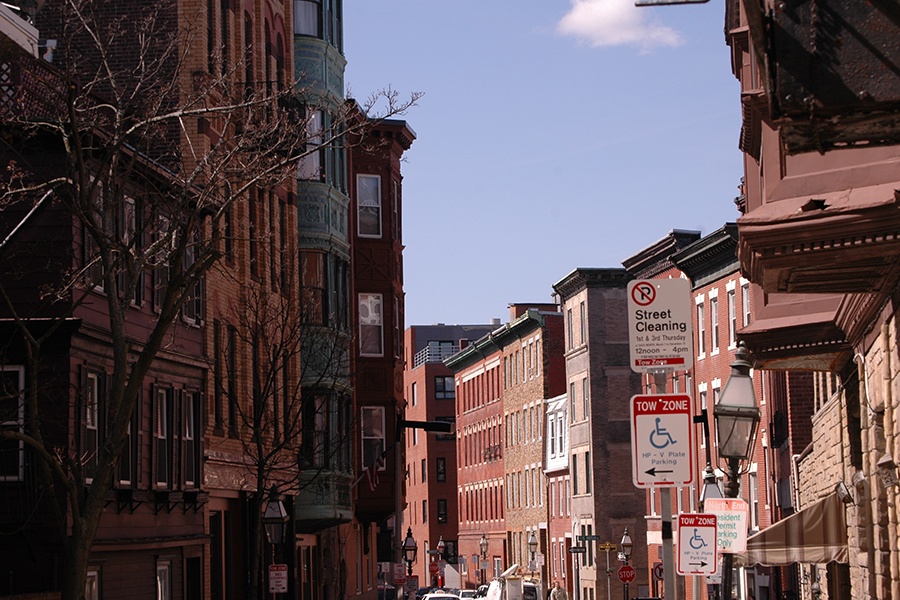 Photo by 6SN7 on Flickr/Creative Commons

In a city known for its firsts (the first public park! the first public school! the first subway system!), Boston can now boast about being ranked fifth for once. In its October rent report, apartment-finding site Zumper has again ranked Boston as the fifth most expensive city in the country for renters.

While we’ve thankfully never been number one on the list, we have been consistently ranked number three in years past. But now, our very expensive city is now proudly less expensive than San Francisco, New York, San Jose, and Los Angeles, in that order.

Even as Boston has slid in the rankings, rents have continued to increase. One-bedroom rent prices jumped 2.2 percent since last month to a median of $2,360. To put that in perspective, the national one-bedroom median rent clocked in at $1,211 per month, while rents in the most expensive city on the list, San Francisco, hit $3,650. Boston’s two-bedroom prices stayed the same at $2,700, while the country’s national average decreased to of $1,443, and San Francisco’s increased to $4,800.

See where other cities line up in below, and check out the full report here. 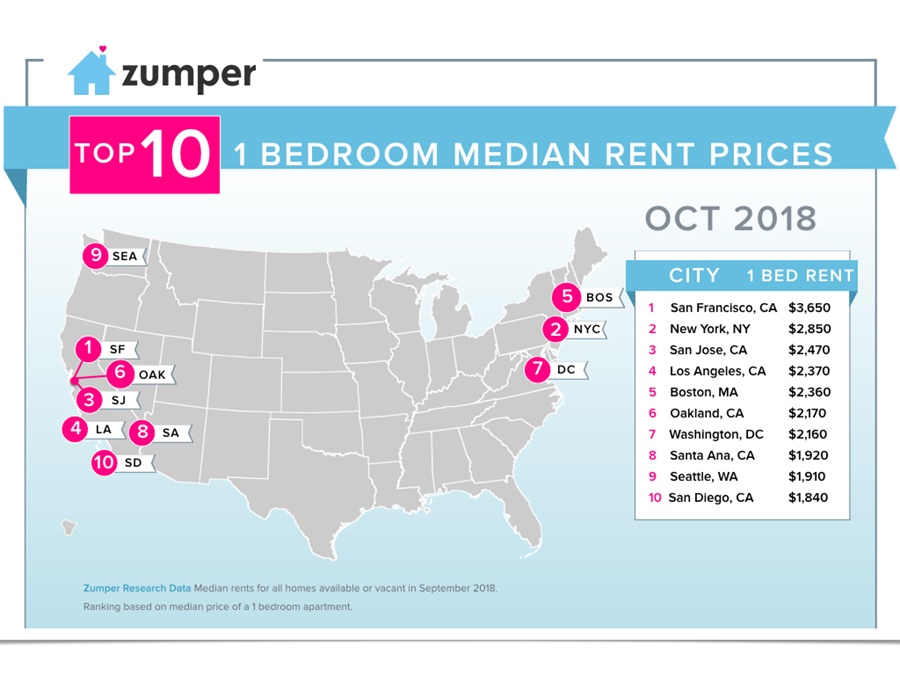